Cancer Survival and its Impact upon Mental Health 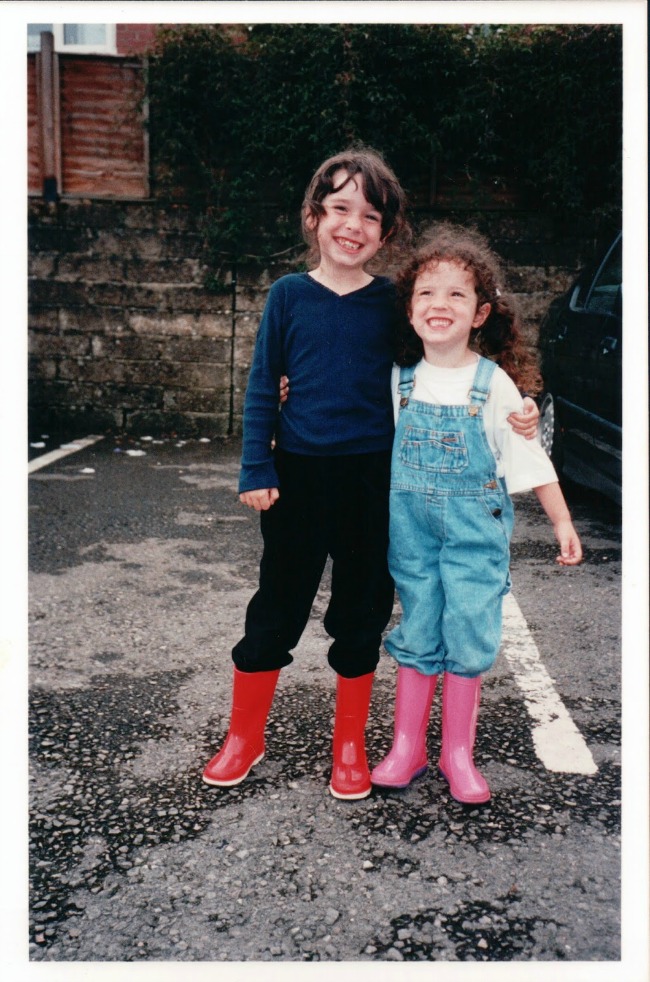 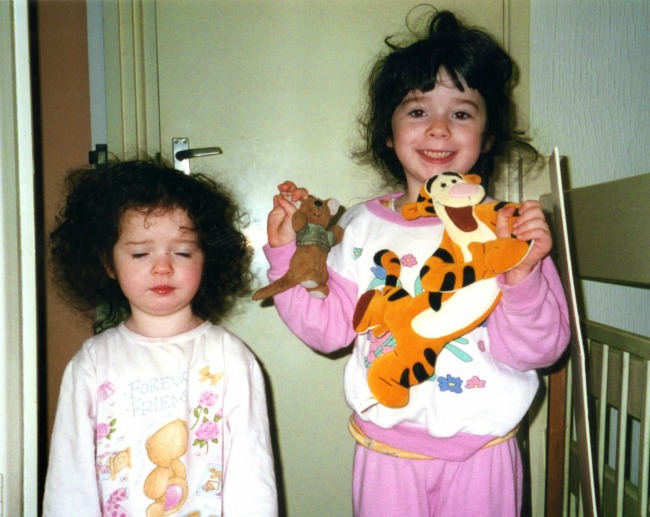 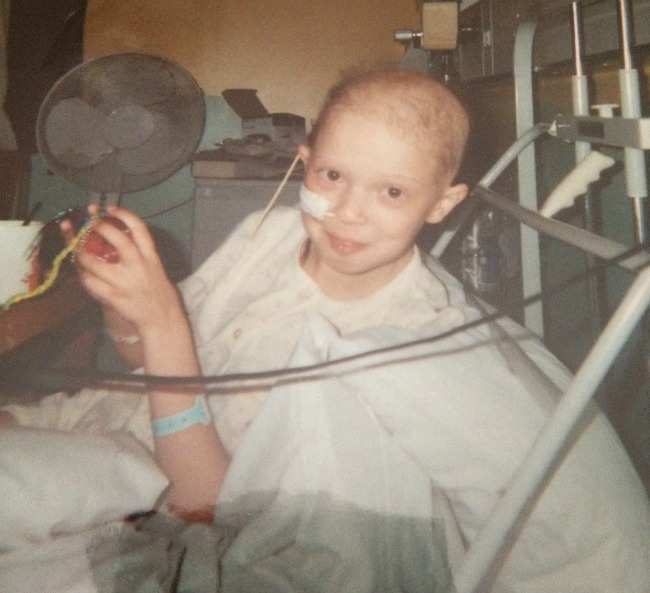 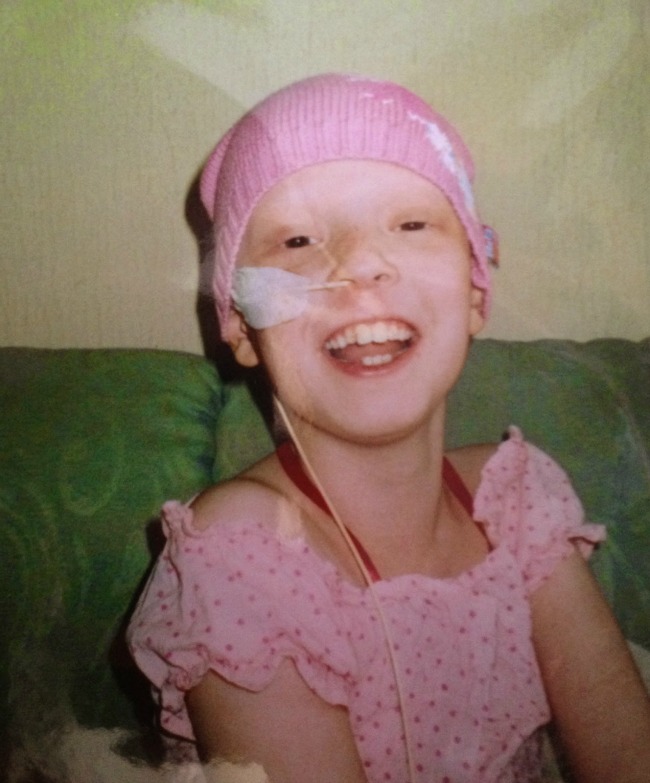 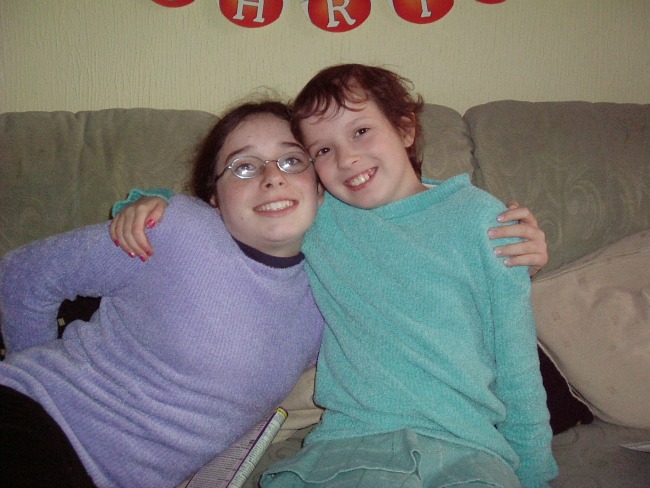 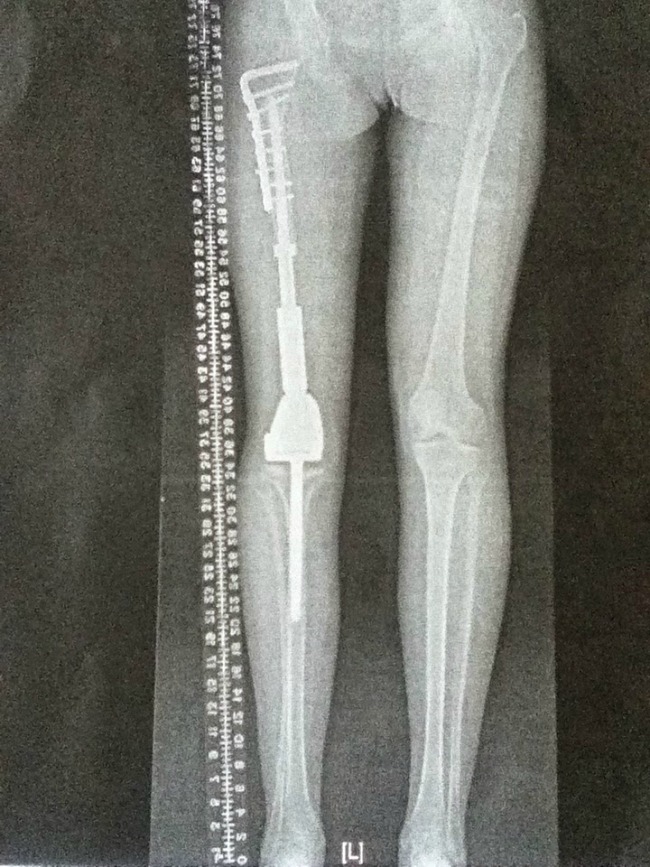 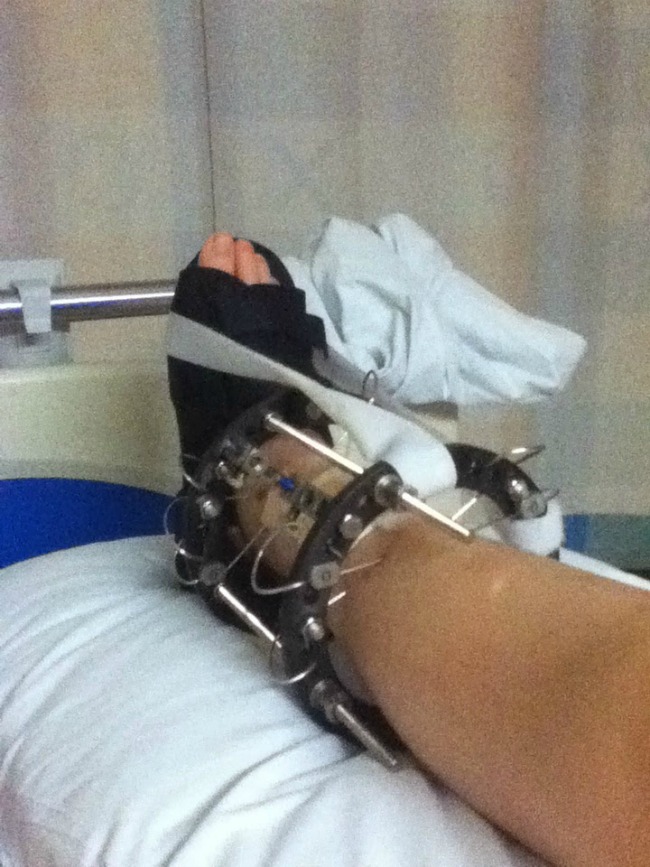 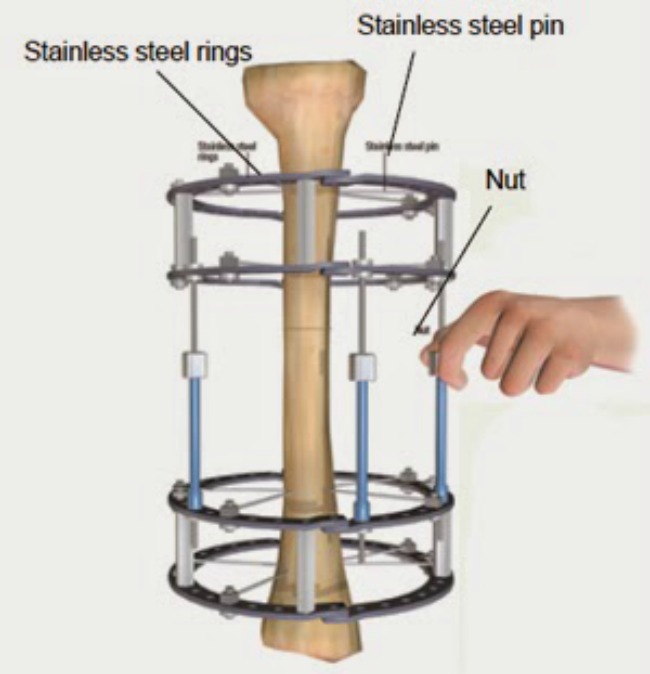 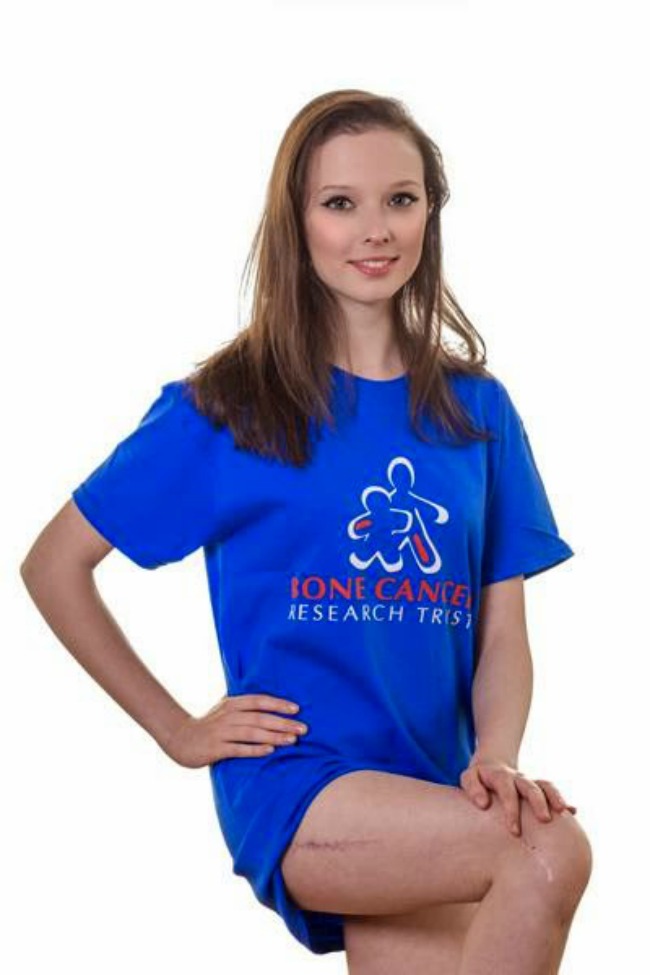 When I first considered writing this post I didn’t realise how upsetting it would turn out to be. Today is World Cancer Day as well as #timetotalk day 2016, so I thought me and my younger sister Sophie could collaborate on a post all about just how linked these two events are for her. When I was 10 and Sophie just 8, she was diagnosed with a rare form of bone cancer called Ewing’s Sarcoma which had developed in her right femur. Thankfully she was diagnosed fairly early on in the cancer’s development, so chemotherapy to reduce the size of the tumour prior to an operation to remove it and the bone it was attached to was possible. Six months of intensive chemotherapy was a pretty gruelling process for her, and involved a massive loss of weight and hair. However, the operation to remove the bone and tumour, replacing them with a titanium implant was even more painful. After this, some intensive physiotherapy, and another set of chemo, she was finally given the ‘all clear’ and entered remission.

Another couple of years’ down the line, and another life-changing surgery was about to happen. This time Sophie had chosen it herself, as she wanted to improve her quality of life. The metal implant in her right leg could only be extended so far, and as her left leg grew during adolescence, a gap between their lengths began to emerge. Not only did this mean that her hips were unaligned (leading to spinal pain), but she also had to have her right shoe built up, meaning that she could only wear specific types of shoes, and only have a couple of new pairs per year. So, she embarked upon her journey with the Illazrov frame, which would involve breaking her leg and stretching it slightly over months so that the bone grew back longer, into the gap that was created. Finally it was all over physically, apart from the seemingly never-ending oncology check-ups and the constant gnawing pain of having a metal implant instead of bone in her leg. But today we’re going to talk about some of the mental health side effects that these horrendous few years in her life has had upon her.

Q1.) Do you remember how you felt when you were first diagnosed? DO you think there could have been more mental health assistance during this time for both you and your family?

I felt a range of strong emotions, including intense fear, bewilderment, guilt and sadness. I then sank into a feeling of numbness and denial.
I feel that my family could have received more support. Because I was so young at the time, I wasn’t aware of my own mental health problems (as I lived in such a state of denial I thought I was dealing with it well), however I know that my family struggled very much at the time and would have accepted help had it have been offered to them as individuals. Especially Steph who was often overlooked as she was also so young; her struggles weren't taken seriously.

Q2.) In what ways do you think this could have been handled better? What would you recommend for parents who are going through this experience with their child?

I believe it is in fact now being handled better, as I have met the daughter and mother of a family coping with the daughter’s cancer diagnosis and there are many more charities now offering peer-help schemes and specialised nurses are now allowed to recommend specific charities that can help with their needs. It is difficult for medical staff to know how to handle such cases better, because each cancer journey is unique, and each child reacts differently to the same treatment.

I would recommend utilising all the services now available to families coping with a cancer diagnosis. I would also read blogs such as this, and talk to other parents who have experienced the same or a similar diagnosis as your cchild in order to gain first-hand knowledge and opinions of what worked and didn’t in terms of helping their child to understand what is happening and how to cope. Also, depending on the age of the child, they must be treated with the understanding that this is not their fault. I remember being ‘told off’ for not doing my physiotherapy, and feeling like no one understood that I didn’t ask for any of this, and that other children didn’t have to even contemplate these things. Positive reinforcement is a lot more powerful than negative, even if results do not come quite as quickly.

Q3: What was the emotional and psychological impact of the treatment for the cancer itself?

Initially, my method of coping was to not cope. This sounds ridiculous but is actually a legitimate, and very common, way of dealing with trauma. I lived in a sort of pretend state where I was ok, and pretended that my diagnosis hadn’t happened when I laid in bed at night. Apart from this, I felt terrified of treatment as most visits involved an intrusive procedure of some kind. And alone. I felt awfully lonely throughout treatment, which was obviously not helped by my age and the rarity of my cancer.

Q4: In what way did your ‘all-clear’ diagnosis impact your mental health? Was it a positive time for you, or much more complex than that?

It was very surreal. My real emotions were polar-opposite to what everyone wanted me to feel, so I began pretending to be happy. It was like everyone’s mood changed suddenly and left me behind. I became a ‘cancer survivor’ rather than a ‘cancer patient’, and people stopped treating me specially and treated me more like a ‘normal’ person again. I didn’t really understand how people could forget the horror of my treatment and start calling me lucky instead. It was a difficult time for me, mainly due to the fact that I couldn’t tell anyone how I felt.

Q5.) Physiotherapy can be incredibly challenging physically as well as mentally, are there any tips or tricks you found useful when you were going through this aspect of treatment?

As I was a child, I responded well to turning exercises into games and positive reinforcement. When people became frustrated with my lack of effort in physiotherapy, I began to dread it and stopped finding any enjoyment in activity whatsoever. This changed later on as I matured, but the initial physiotherapy has such an impact on later stages that I feel it should be given a higher level of importance in the treatment process.

Q6.) Did you experience ‘Survivor’s guilt’? How would you explain it?

I felt this for a long time. I have recently started to experience it less, but lived with it for about a decade. I would explain it as having an overwhelming need to change the world with the extra time you have, but being held back by emotional/physical restraints. It’s a deep feeling that you must have lived for an amazingly great reason, and I still find myself searching for this. It’s both a blessing and a curse, because it does motivate me, but with a hefty emotional cost when the impossible still remains impossible.

Q7.) Have you ever felt guilty for having your illness in the first place? How do you think it affected you?

I felt guilty about it for a very long time, mainly about the impact it had on my family.  I think this was linked to my Catholic upbringing, where I was taught that if I did bad things I would be punished, and rewarded for good things. I also had very strong feelings of self-guilt because I wished for my life to be more interesting just before I was diagnosed.

Q8.) What advice would you give to those experiencing any form of guilt during or after treatment?

- It is important to remember that other people don’t have to go through this.
- You are strong and brave and have overcome the impossible. Be proud of that.
- Talk about it, because saying things out loud will make you realise how absurd it would sound from someone else. You can say it out loud to yourself, talk about it with others, or write your guilty feelings out on a piece of paper, maybe even on a blog.

Q9.) How would you like to see the approach to mental health after diagnosis and after treatment change?

It has already changed greatly from 2005, which was when I was treated, and has come far in respect to mental health. I would however like to see cancer survivors receive more help now, regardless of when they were treated. I think what we really need is to spread awareness of these issues to the general public, as I have found that medical professionals now have a greater understanding of such problems, and have help available to those who seek it. The issue is in helping people to seek it. In order to let survivors understand that their feelings are common and that they should not just be absorbed as a normal part of their day, we need greater knowledge for mothers, friends and peers to widen this discussion and normalise these conversations about the mental impact of survivorship.

I hope you found this useful!