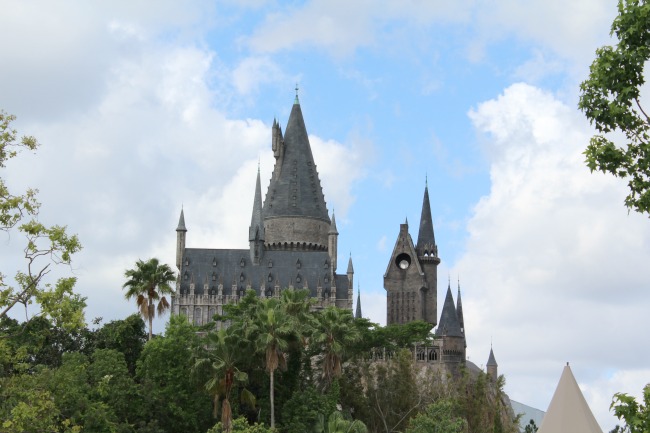 Our generation is the generation of Potterheads let's face it. Who remembers the queues outside Waterstones (or even Ottakers, RIP) to pick up the latest installation in the series? Or sending your mum into Smiths the next day to grab a copy? And then came the joy of the films. And Pottermore. And finally the franchise extended into real life places. Yaaas.

The best thing about the books for me was the detail that they went into. Yes Rowling, I do want to know what Dobby's wearing, and exactly how the corridors of Hogwarts look. It gives me life. It also meant that Universal Studios' Wizarding World of Harry Potter was pretty darn accurate. In a near tear-inducing manner. Someone hold me ... 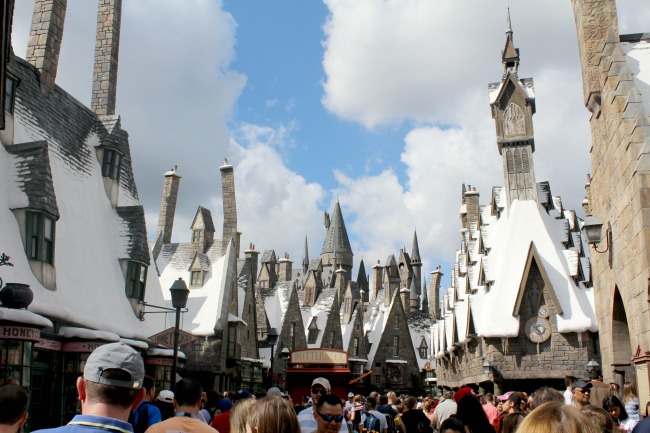 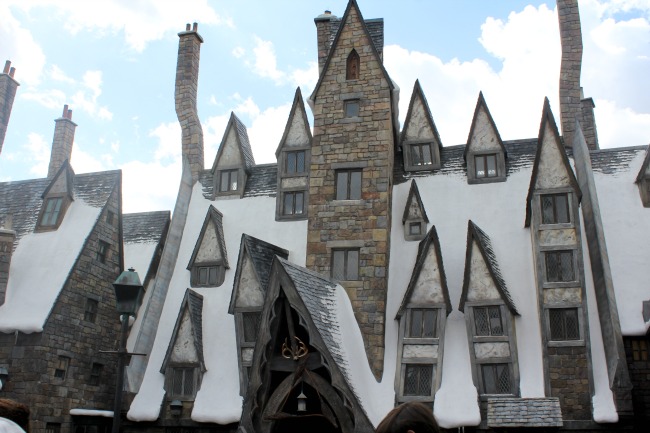 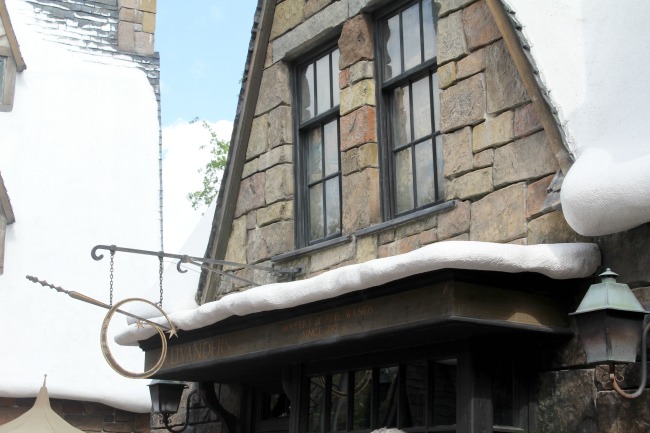 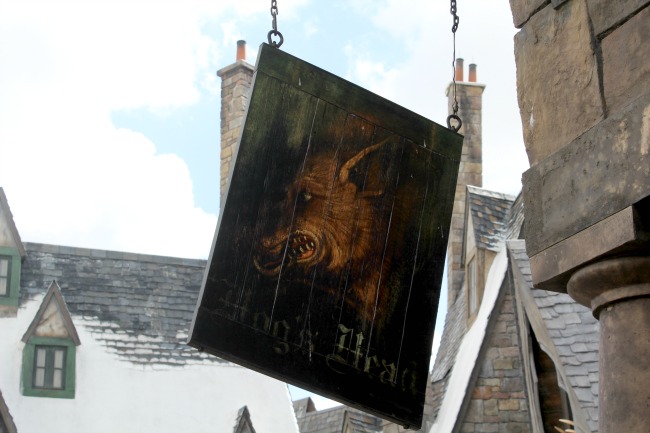 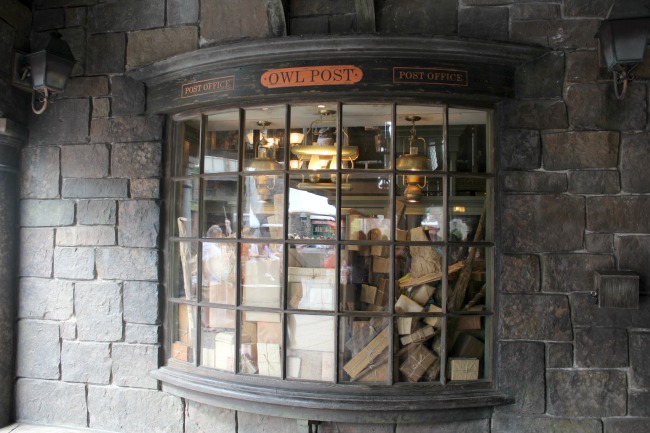 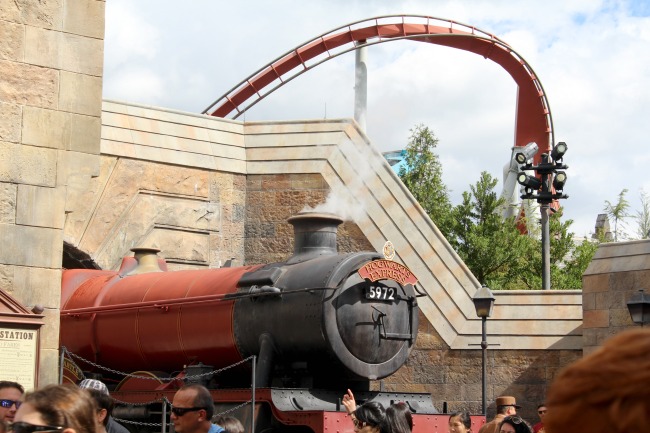 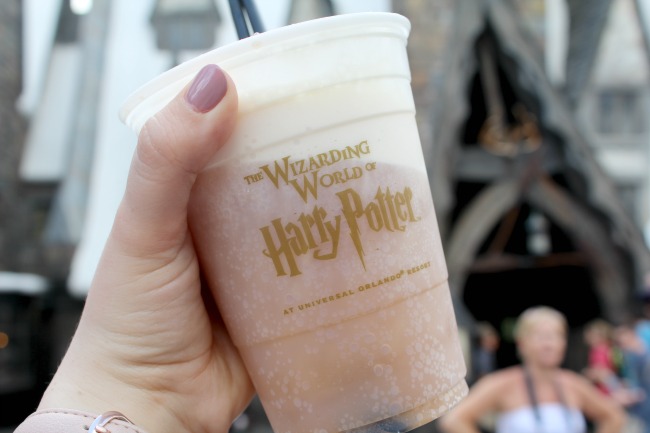 
In case you're super tired right now or it's slipped your mind (how?!), Hogsmeade is the nearest town to Hogwarts, and it's where Harry and his pals head to when they get a day away from Hogwarts.

Universal have made a whole street of buildings for Hogsmeade. I was a little gob-smacked when I saw it. I mean: rows of snowy buildings there to remind you of the little invisibility cloak fueled snowball fight. What more could I need in life? We wandered past the Hog's Head, which had 'Wanted' posters for Sirius everywhere, through the sweet shop (where I obviously had to pick up a chocolate frog) and to the Butterbeer cart. FYI, butterbeer tastes odd, but good. It's kind of a fizzy, syrupy, caramel drink with a layer of smooth foamy caramel on top that 100% gives you a milk moustache. But it's worth it.

You can wander through Hogsmeade to Hogwarts which was incredible. The only real way to get inside it is to go on their 'Harry Potter and the Forbidden Journey' ride. Queuing up for it was actually kind of ... incredible? You wander through different classrooms, hear holographs of the characters speaking, and get to experience Hogwarts from the inside. The ride was one of our favourites of the park too, and is definitely a must if you go! 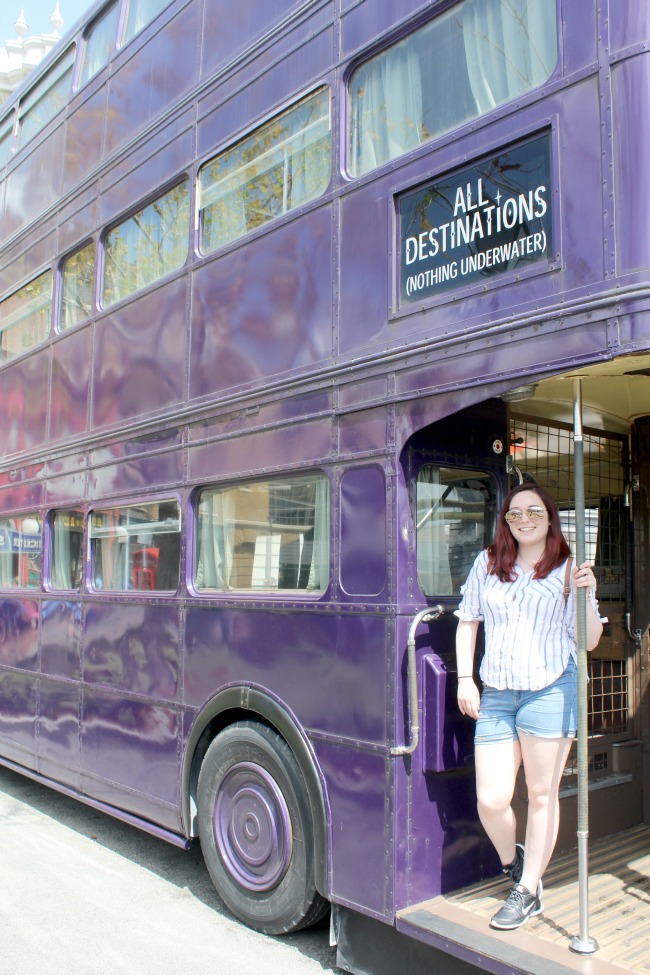 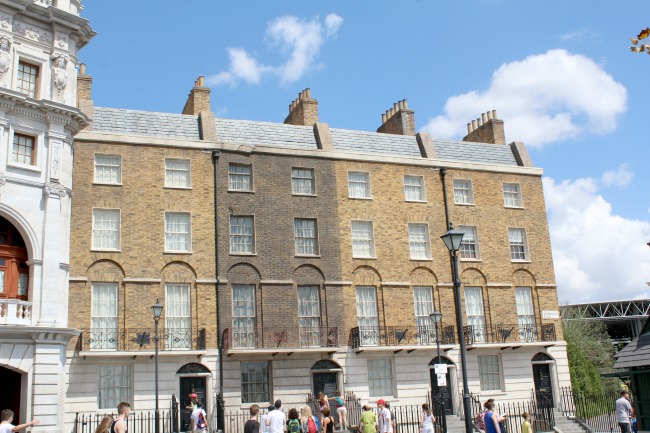 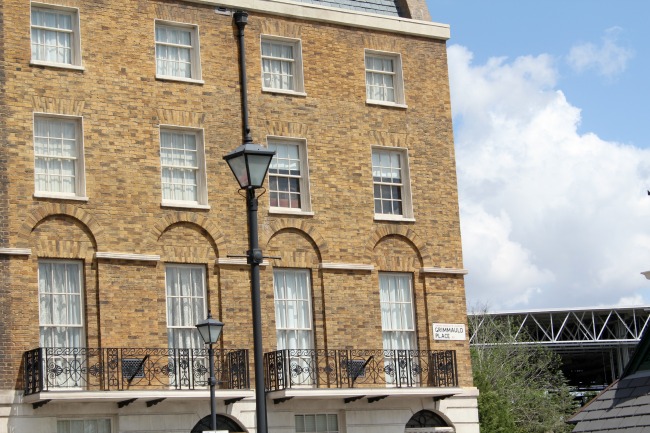 The rest of Harry Potter world is way across on the other side of the park. Hogsmeade and Hogwarts are in the 'Islands of Adventure' section, whilst everything else is in the main Universal area.

I had to hop onto the Knight Bus whilst I was there. Although you could only stand at either end, you could still peer into the main bulk of the bus to see it decked out with all the beds as it is in the film. It was sat just outside Grimmauld Place and my little heart leapt to see the home of the Order of the Phoenix unveiled in its place.

Next to Grimmauld Place is King's Cross station, which you can wander through to reach Diagon Alley. And oh my word, WHAT A SIGHT. You go through the hole in the wall just like Harry and Hagrid do (all the feels) and the hustle and bustle of the alley will have you jostled all over. It was nothing short of incredible. You could take a trip to Ollivanders, buy any of the wands of well-known characters (even smaller ones like Tonks and Mad-Eye Moody), pop into the Weasley twins' shop - don't even get me started on the feelings with that one - and even go and buy your house's robes. Mine are Hufflepuff btw.

My little fangirl heart was blown away by all the care and detail put into making Harry Potter World truly magical. If you ever go to Florida and you're a bit of a Potterhead too, then 100% make sure you don't miss out on heading here.

Have you ever been? What did you think?