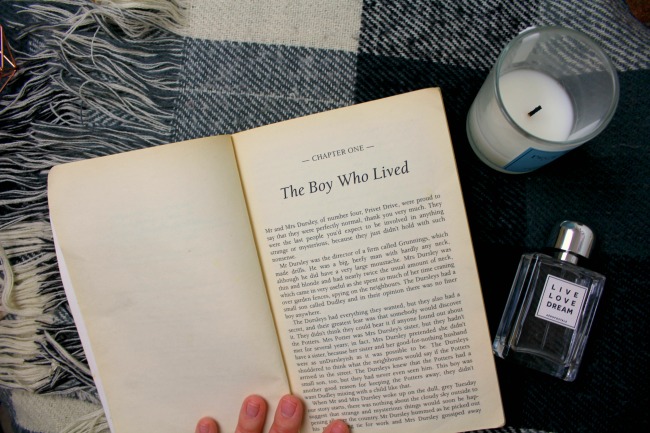 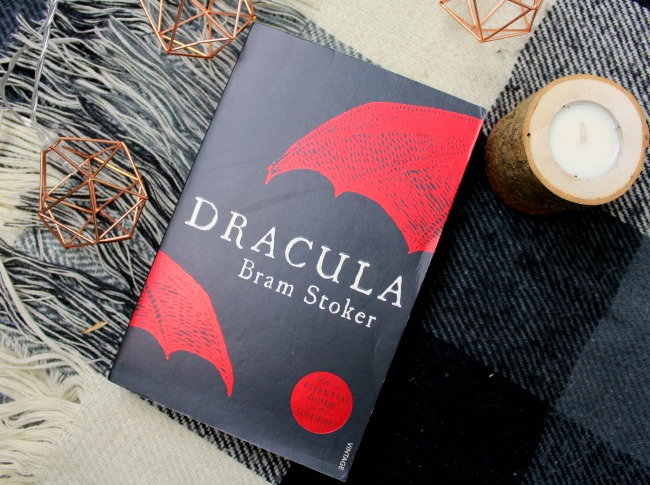 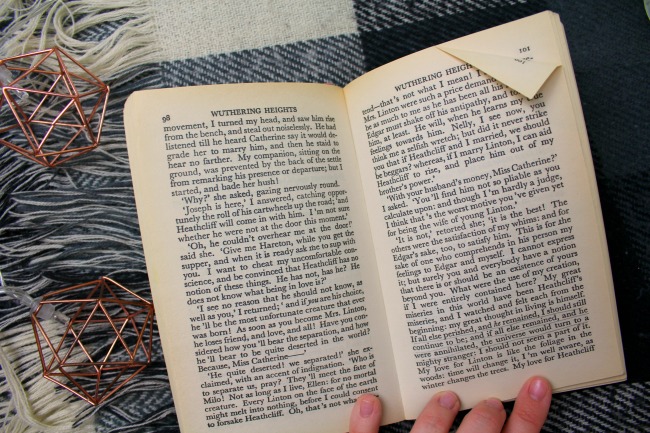 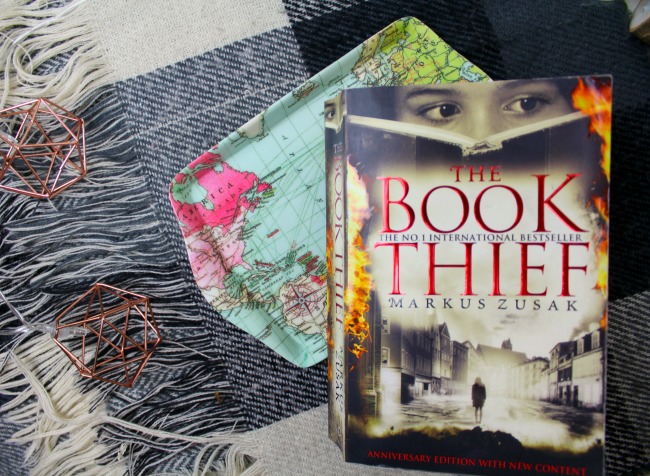 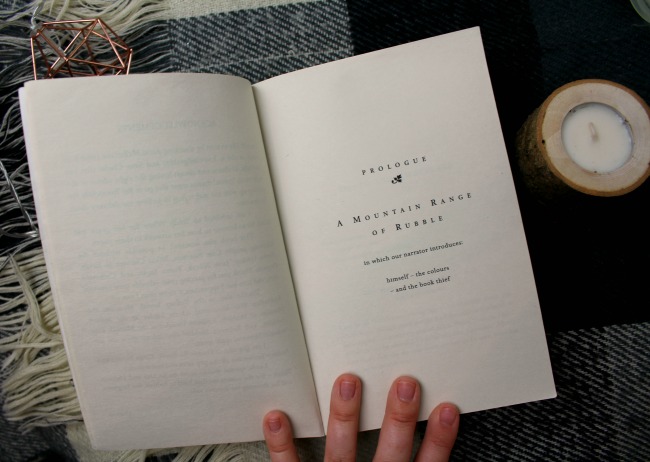 It's September, so I can finally bring out the Autumn aesthetic in my blog photos. Living. The. Dream. I've been working really hard on improving my photography recently, and I can't wait to move away from bright colours and summer tones into more subtle ones.

Today's post is something I've been wanting to write for months, but it's just so hard to nail a secure top ten list of books that trump all others for me without forgetting anything vital. I LOVE reading posts others' have written like this, and seeing why someone enjoys their chosen books so much, so having finally agreed with myself on a top ten, in no particular order (that is far too much bookish stress for me to handle), here we go:

1.) Wuthering Heights by Emily Bronte. I know I said this list wasn't ordered, but if I had to pick just one book to be able to read, it would be this. It's the first romantic novel I ever read without a happy ending, and the first book that taught me that love endures death. The wild, rebellious relationship between Cathy and Heathcliff is something that, in comparison to literature of the time, is so refreshing. I was also lucky enough to study it at uni. I looked into mental health in the novel, and the evidence towards the idea that Cathy has an eating disorder brought on by her depression. There's so many angles to read this novel from that I think I'd never get bored of it.

2.) We Need to Talk About Kevin by Lionel Shriver. This is my favourite book of the 21st century for sure. I've read it three times now and notice new sub-plots with each read. It's written from the perspective of a mother whose son committed a high school shooting (with a crossbow nonetheless). The nature vs nurture question is discussed throughout, as Eva, the mother, is half-convinced that Kevin's up-bringing is to blame.

3.) Dracula by Bram Stoker. I put off reading this for years, assuming it must be totally overrated. It's not. I read it as part of my module on first wave feminism at uni and exploring the novel from that standpoint was incredible. I really want to re-read this soon, as I had to rush through it the first time! So many of our cultural notions about vampires come from this book, and it's truly interesting to see how they develop throughout the text. Plus vampires are pretty cool etc.

4.) The Book Thief by Markus Zusak. This is another that I've read a couple of times now. Each time it makes me cry. The book is narrated by Death, and is based in Nazi-occupied Europe. I haven't watched the film yet, and I really hope it lives up to my expectations and love for the book.

5.) Tess of the D'Ubervilles by Thomas Hardy. For its time, this book is really 'out there'. Tess is an unmarried woman who has lost her virginity and gotten pregnant. The book follows her struggles as a woman who is a maiden no longer, and highlights her morally upright state. I LOVE Hardy and how wordy his writing is. I've been lucky enough to study a couple of his books now, and honestly if I could do a whole course on his work, I would.

6.) Harry Potter and the Philosopher's Stone by J. K. Rowling. I spent more time than is normal deciding which HP to put in this list, but The Philosopher's Stone is what first introduced me to the world of Harry Potter and Hogwarts. You meet Hagrid, Dumbledore, Voldemort, Ron, Hermione and all the rest of the gang for the first time. I'm re-reading the series at the moment and falling more and more in love with J K's world with every page.

7.) Twelve Years a Slave by Solomon Northup. I read a whole lot of slave narratives last year, and it was hard to just pick one for this list because they're such powerful and important reads. This is written first hand from a man who was tricked into slavery. Solomon was a free man in his state, until two white men tricked him into travelling with them under false pretenses, took him out of the state, chained him up and sold him. For twelve years, Solomon was forced to work as a slave and his protests of being a freeman went unheard. Once Solomon is freed, he begins to write about his experiences, and they form this book.

8.) Maus by Art Spiegelman. This is a graphic novel, but I'm totally going to include it in this book roundup. It's the first graphic novel that I've genuinely loved. It's written in a series of interviews Spiegelman had with his Jewish father, a holocaust survivor. Each race is depicted as a different animal. Jews are mice. Germans are cats, preying on the mice. Americans are dogs, chasing off the cats. It's so clever, and such an accessible way to read a first hand story from inside a Nazi concentration camp.

9.) The Monk by Matthew Lewis. If you're into Gothic fiction, then this is a must. It's the earliest book that is recognised as being part of the Gothic canon. I was expecting it to be pretty dry and reserved, but it was incredible. There's a whole load of Gothic tropes in it, and it has a whole load of unexpected sex scandals in religious institutions. I was obsessed and I can see myself reading this over and over again.

10.) Bleak House by Charles Dickens. I have an intense amount of love for Dickens and the social commentaries he exudes in his novels. I was hard pushed to decide which of his was my absolute faovurite, but I think Bleak House wins. This is one of the longest books I've ever read, and had about 3000 characters in (or so it felt), BUT it really went in-depth in terms of explaining what was going on at the time. If you're interested in crime novels, then this is fab as it looks into social, moral and legal crimes, and evaluates them against each other to see which is worse. Plus it has actual twists and turns the plot, which I really was not expecting.