What happened when I went cold turkey on my antidepressants 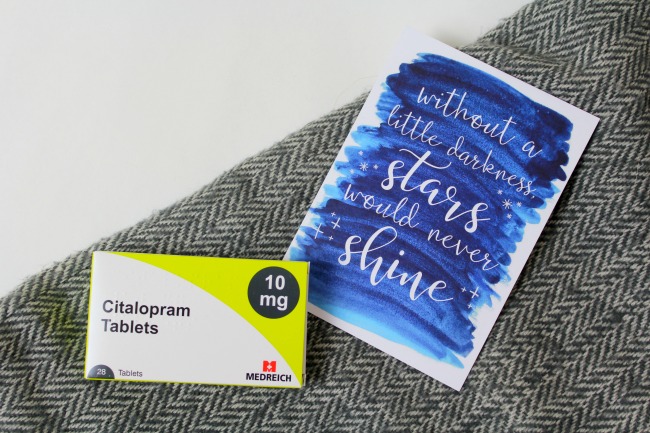 I've been taking anti-depressants for three and a half years now. They're so SO helpful; I honestly don't know where I'd be, or what I'd be doing without them. But, about a year and a half ago now, I got sick of taking them. I was out of work because my mental health was bad, and I thought that they were making me put on weight. I convinced myself that I was 'better' and so when my prescription ran out I simply didn't refill it.

I'd not really been warned too much about the effects of completely stopping taking my medication. There are the side-effects of it outlined in the pamphlet in the box, but aside from that I had no clue. However, you should never go completely cold turkey on your anti-depressants. If you do want to come off of them, it's definitely something you need to see your doctor about, and they can help you gradually cut down if they agree that it's a safe step forward.

For the first couple of days of not taking my pills I felt incredible. I had tonnes of energy, and it felt like my mind wasn't fuzzy anymore. I wondered why I'd ever been taking them in the first place: clearly I was much better off without them? What I couldn't see was that I wasn't energetic, I was manic. My housemate came home at 2am to see me scrubbing the kitchen clean because I didn't want to waste time sleeping. I was whizzing about, and all the newfound energy I had was distracting me from the fact that I wasn't really feeling anything at all.

After three or four days, things took a massive nosedive. I felt horrific. I didn't want to do anything. I felt mentally drained by any tiny task. But what shocked me the most was the physical effects I was experiencing. My hands and feet were tingling, I felt as though I was going to be sick, and as if I had a fever.

I was so startled that I carried on with the cold turkey: clearly this drug was affecting my body more than I thought if I had all these physical side effects, right? I didn't want something in my system impacting me anymore. But, after another few days, things were getting really tough. I thought I'd return to an even keel, but I was spending my days crying and having my anxiety on a major spike.

Once I started taking them again, they took a few days to kick in. After a week I was back to 'normal' and it felt amazing. I mean, I felt exactly the same as I had done before I went cold-turkey, but it was so much better than how I felt without the pills.

Going cold turkey on my anti-Ds was one of the poorest decisions I've ever made. It's dangerous and quite frankly it's never going to improve your mental health. I became so physically and mentally ill in the fortnight I had away from them; I was lower than I'd been in months. If you're ever thinking of doing it, then please come back to this post and remind yourself that it doesn't fix anything. Also, take this post as a friendly reminder that there's absolutely no shame in taking anti-depressants. Don't let anyone persuade you that you shouldn't take them, or that you're in any way a worse person for it. The pills are medication for a condition you have, and the stigma around that needs to be removed, asap.