The Tale of Bella and Lord Geastly (part one) 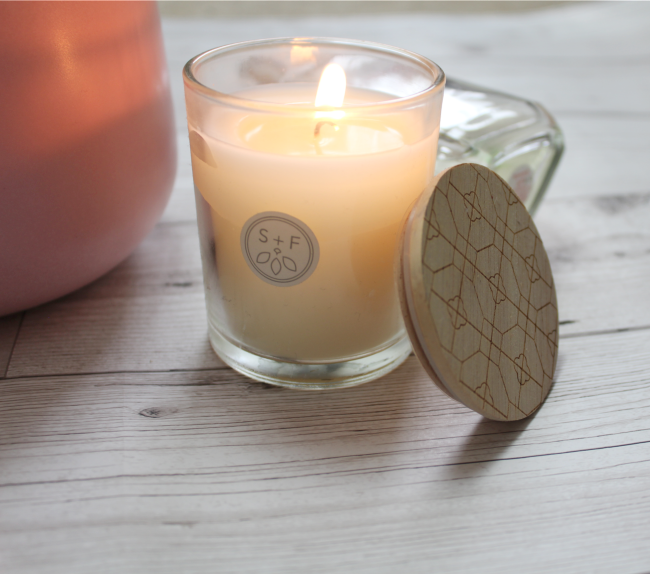 I've wanted to write a short story to publish in parts on here for the longest time now, and after finally finding something I truly wanted to write, here's the first instalment of The Tale of Bella and Lord Geastly:

‘Step away from my MOTHER!’ Bella screams as she launches herself through the door, into the ornate bedroom where Lord Geastly is towering over Maureen.

‘Get out of here Bella, please’, Maureen pleads, beckoning her towards the door with wide eyes. But it’s too late: Lord Geastly has set his eyes on the teen now. Stepping towards her, his foul breath forces her to recoil. Calling to his guards to shut the doors, Lord Geastly toys with the pair, playing them off against each other, allowing them to decide which one he’ll keep.

Begging him to spare her daughter, Maureen clutches at his knees, letting him know she’ll stay and work in the mansion for the rest of her life without a single complaint. But Bella has something else to offer: youth, and the beauty that comes with it. Reminding him of this, Bella promises to spend the rest of her life with the Lord, bending to his will and doing whatever he pleases.

‘I’ll take the girl. Guards: get this old hag away from here.’

Dragging Maureen by the ends of her unkempt hair, the guards snatch the howling mother away from her only daughter, casting her back out on to the streets of the impoverished village they live in.

‘Honestly hun, I could never work up in Geastly manor. Everyone I know that’s worked there has been treated like a piece of dirt, and I’m not here for it’.

‘But Bella, there’s nothing else here for us. Now that we’re back from uni, things in the village seem to have just gotten worse’.

‘Maybe Mother and I can get out of this small provincial town one day – there must be something more out there. But this is where we used to live with Father, and who knows if she can move away from where we said goodbye to him’.

‘I’m so sorry Bella, I didn’t mean to upset you, I know things have been tough since you lost him’.

‘Things are tough, but I won’t let them get so bad that we have to go and stay with Lord Beastly and his cronies’, Bella states, looking worried, ‘there’s something not quite right about the house on the top of the hill. And it’s not just that he built it there to look over us underlings.’

Lorna nods, quietly agreeing, although speaking out against Lord Geastly in these parts is not something she’s willing to risk. Turning away from her childhood friend, Bella strolls back to her mother’s cottage, planting a smile on her face to make today’s job rejections, or rather, an empty inbox where yet again, no one’s responded to her applications, seem a little less dismal for Maureen.
‘Bella, you’re home darling’, turning away from the soup bubbling away on the stove, Maureen wipes her hands down her apron and turns to hug her daughter. ‘I’ve missed you today, but here, sit down and let’s have some dinner, eh?’

‘I’m sorry mum, but there’s still no news on the job front, I just don’t know what I’m doing wrong’. Maureen casts a glance at the tears her daughter’s struggling to keep at bay, and reaches for her hand, letting her know everything’s okay. But deep down, Maureen knows something needs to happen: tomorrow she’s going to Lord Geastly’s to ask for a job. There are no opportunities in the village for a woman of her age, and signing up at the job centre each week can only go on for so long until she’s forced to request a job at the manor. At least this way it’s her own choice. Bella doesn’t need to know yet, not until everything’s arranged: it would break her heart.

Heading out the next morning in her smartest blouse, Maureen is determined to impress and get a job that finally will bring in enough income to tide their small family over. Lord Geastly’s an impulsive man, and she knows that any wrong move will spell disaster; she’s determined to not put a toe out of line.

‘Mother, there’s something I’ve been meaning to tell you, and I just can’t keep it a secret any longer’.

‘Bella, sweetie, I’m so sorry, but I’ve got to head out, but we’ll chat as soon as I return, okay?’, Maureen says as she slips on her kitten heels, ready to face the day. ‘Come on now Bella, I need you to head to the shops for me for dinner okay? I’ll see you in a couple of hours.’

Maureen starts the dismal trek to the bus stop to catch the 94 to Geastly Manor. With a reluctant sigh she arrives, already dreading her time ahead, hoping that it can’t be as bad as the stories she’s heard.
But deep down, Maureen knows the manor is place that people go to who don’t return. The villagers have lost husbands and wives and children and friends to a job at the manor, and Maureen hopes beyond all else that she’ll see Bella again…

Lugging heavy Tesco bags with her, Bella slams the front door shut with her foot, letting Maureen know she’s home. Silence answers back: instead of being greeted with a hug and some tea, Bella finds a note:

Dearest Bella,
I know we’ve been doing our best to get by recently, but something needed to be done. I’ve gone to find a job with Lord Geastly, and I’ll see you again soon. Please don’t cry, and remember that I love you.
Mum xx

Crumpling the tear-stained letter in her hand, Bella grabs her coat and heads out – she is not going to let her mother work for that brute, no matter what.

I'll be putting part two up next week, I hope you enjoyed this part!