Last book haul from 2018 - everything I got in November/December 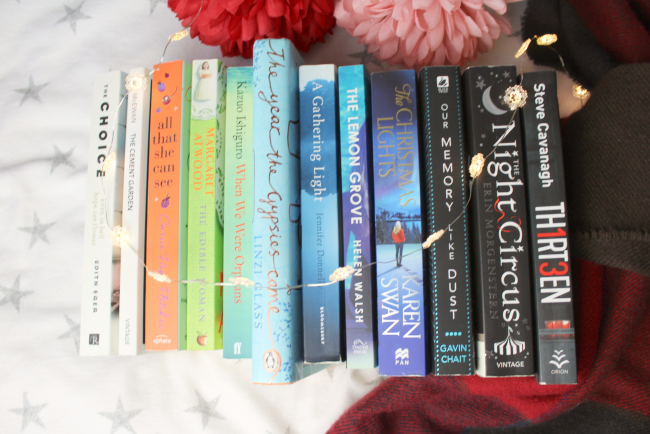 I almost got through Christmas without getting a single book and it all felt very weird, but never fear - the sales and a strange addiction to the sweet smell of used books in charity shops had my back. I hope you're all having a fab start to 2019, and I can't wait to share this first bookish post of the year with you!

I'm hoping to condense my collection of books a fair bit this year (depop is the one if you're looking to sell books just FYI), and maybe to buy a new book shelf when I fail because stacks of books all over the floor isn't really the aesthetic I'm going for. 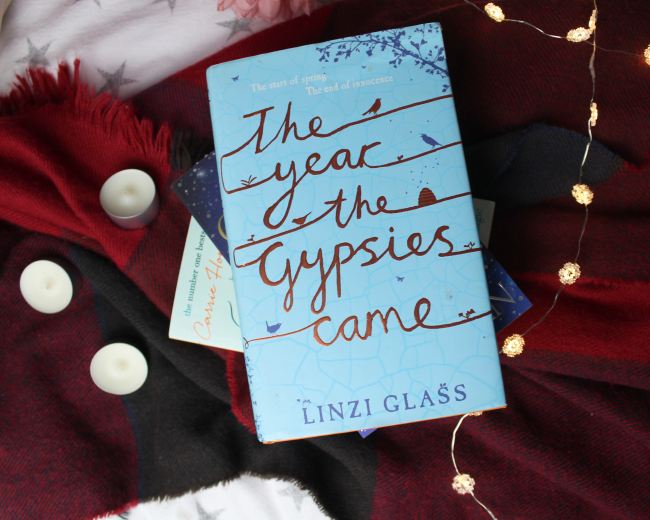 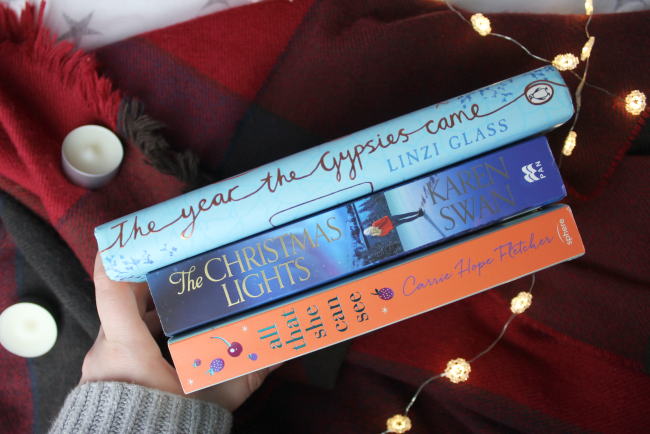 The Year the Gypsies Came by Linzi Glass. This is one that I've heard a lot of hype about, but I haven't come across in person before. It tells the tale of a family struggling to keep things together. When a family of gypsies come to their town one summer nothing will ever be the same again, and it might just be the catalyst to send the family into meltdown.

The Christmas Lights by Karen Swan is one that I'm going to save to read in the lead up to Christmas next year because it's (obviously) a festive one. Bo and Zac, the main characters, are travel bloggers, and earn their money travelling the world together. It's pretty idyllic until they end up Norway and are confronted with the secrets of their past.

All That She Can See by Carrie Hope Fletcher. I'm determined to read more fantasy in 2019, and this seems like a subtle way to get into it. Cherry is a baker with an extra sense: she can see things that others can't, and imbues her baked goods with a little something special to help the people in her town. No one knows about her secret, until a new guy moves to town, and it turns out that he can see a little something extra too. 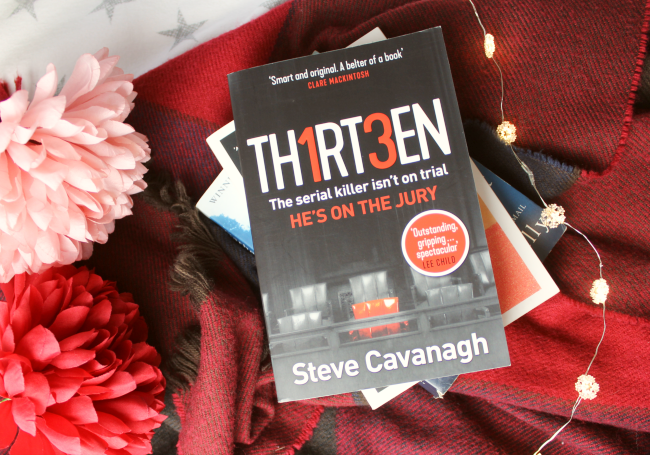 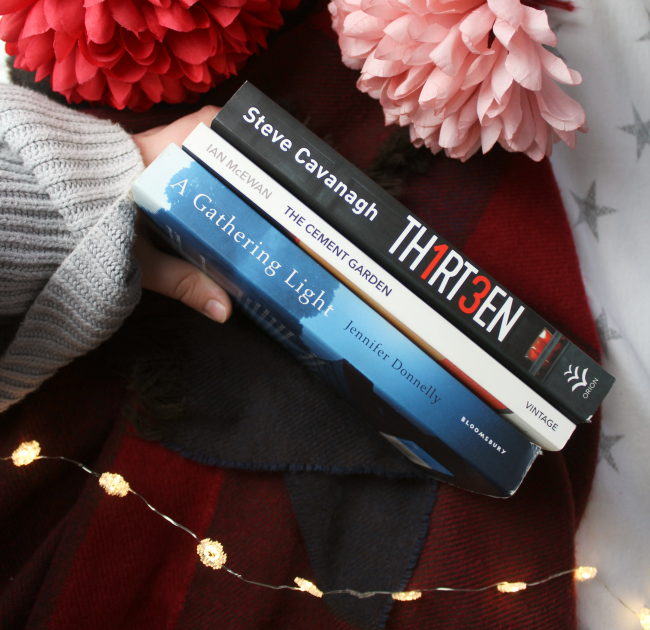 'Thirteen' by Steve Cavanagh. I've heard a whole tonne of people talking about this thriller, and it sounds like the perfect episode of a crime TV drama (I watch an upsetting amount of those for someone who's not actually elderly). The book follows the case of someone on trial for a series of murders. The problem is that the serial killer's in the jury, not on the dock. I really hope this is as intense and thrilling as the blurb promises!

The Cement Garden by Ian McEwan. McEwan's an author I love to hate. He's so unnecessarily wordy, but I keep coming back to his novels to prove to myself that I can read them and that he won't beat me. The Cement Garden felt like a good one to go for next because it's short. It tells the story of four children who are orphaned when their mother dies. Desperate to keep their family together, they hide her body and pretend as though they still have one parent. And then things get creepy and sordid because what's a McEwan novel without that?

A Gathering Light by Jennifer Donnelly is a mystery novel that I've heard a whole lot about, and had convinced myself I'd read until I looked at the blurb. This is a book that has a different title in some places (I assume 'The Northern Light' is the US title) and is based upon a murder that took place in the early 1900s. I'm hoping this has some kind of Poirot vibes because after watching the ABC murders all I want to do is binge-read old detective novels. 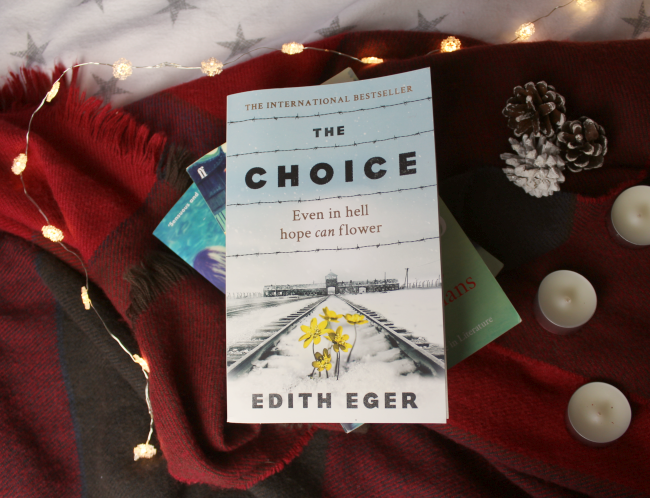 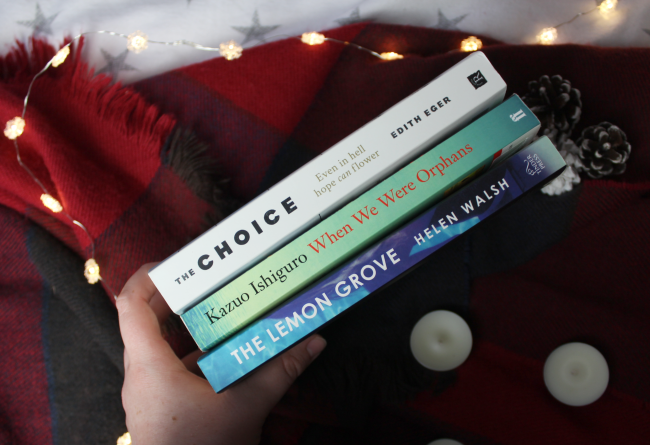 The Choice by Edith Eger was kindly given to me by a friend who saw how much I loved reading The Tattoist of Auschwitz a couple of months ago. Edith Eger, the author, was put into a concentration camp during the Second World War, and forced to dance for Joseph Mengele as she was a ballet dancer. It's a first-hand account of what the camps were really like, as well as what it was like to meet some of the people responsible for mass suffering.

When We Were Orphans by Kazuo Ishiguro. I read The Buried Giant by the same author last year and I'm intrigued to see how his writing differs in another genre. Another war-based novel, this one's about an English boy born in Shanghai, who grows up in London, but returns during the Sino-Japanese war as a detective. I want to learn more about non-Anglo history this year, and I'm hoping this will be a good insight into something I've never learnt about!

The Lemon Grove by Helen Walsh. This book seemed to be all over my Insta feed a couple of years ago (bookstagram is the best), but I never got around to reading it. Jenn and Greg are on their annual holiday in Mallorca, but when Jenn's step daughter and her boyfriend Nathan turn up, things go a bit haywire. The book tells the story of lust and love, and how the lines can get blurred. 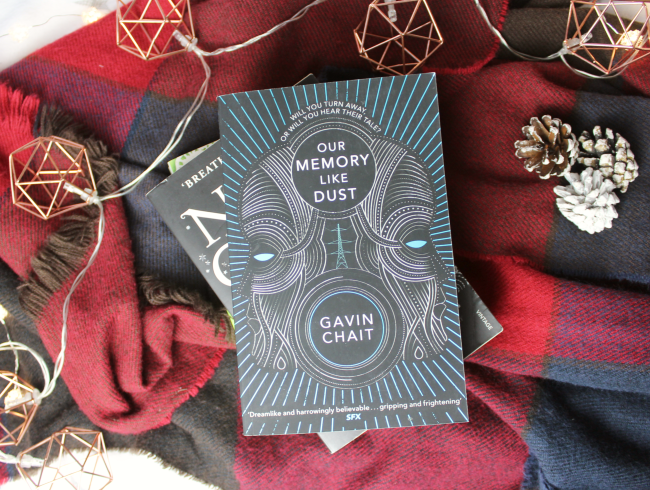 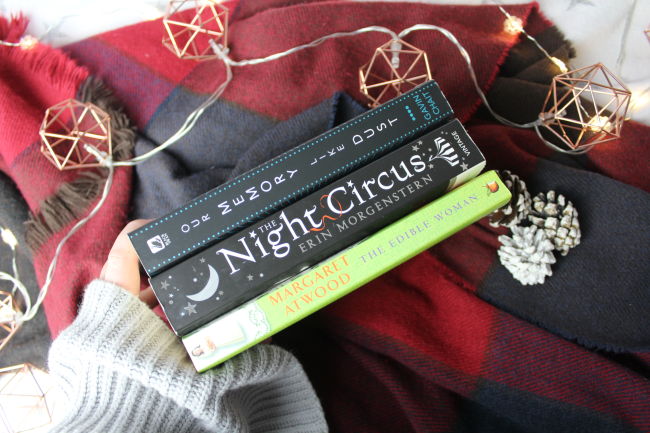 Our Memory Like Dust by Gavin Chait is another fantasy novel that I'm hoping to get through this year. It's a dystopian novel that explores a future in political chaos and environmental collapse. I imagine this is going to be terrifying because it's absolutely where our world is heading.

The Night Circus by Erin Morgenstern. This is another book that I've heard a lot about, and again a fantasy novel to add to the list. The Night Circus turns up unannounced, setting up its black and white canopy tent and leaving as suddenly as it appears. Two of the magicians in the Cirque de reves are pitted against each other in a sordid game which only one of them can win. The problems start when the pair fall in love ...

The Edible Woman by Margaret Atwood is the final book for this haul. The protagonist, Marian, is ready to accept married life and all the expectations within it. That is, until her body begins to rebel against it when she finds she literally cannot stomach it. This feminist novel from Atwood is said to be one of her more humorous, and I hope it lives up to this!