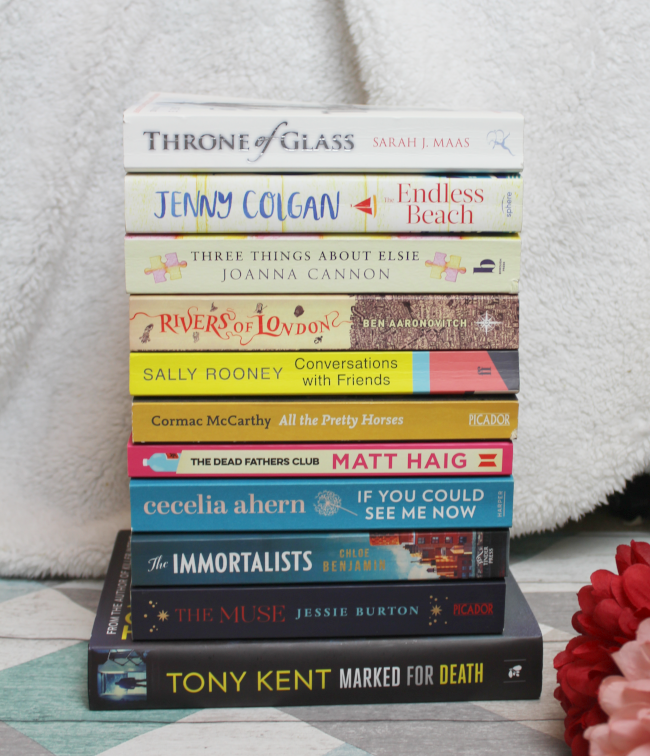 I haven't done a big ol' book haul roundup this year yet! It was an absolute staple of my blog over the last couple of years but I just hadn't worked my way up to gathering everything together, and I've also been buying a lot fewer books.

These are all the books I've picked up so far this year - I've been a lot fussier (and stricter on how much of my paycheck goes on books because wow). Now let's get down to the books! 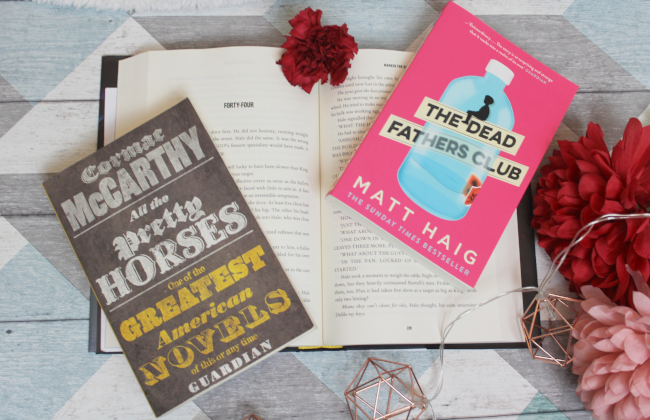 Dead Father's Club by Matt Haig. This is a modern prose retelling of Hamlet and I am HERE for it. I've been following Matt Haig on twitter for a few years now and only just read How to Stop Time last month. It was glorious, so now naturally I want to buy and read everything he's ever written.

All the Pretty Horses by Cormac McCarthy. As an English Lit grad I always get told to read more McCarthy because of how important he is for American literature. Naturally I've always ignored this so I'm ready to find out if this has been to my own detriment. It sounds like a standard American lit 'teen boy lives on ranch and finds himself by being with the horses', but maybe it was a forerunner of the trope.

Marked for Death by Tony Kent. This one was actually gifted to me (with no obligation to post). It's a gory thriller all about a detective trying to hunt down a murdered who crucified his victim. 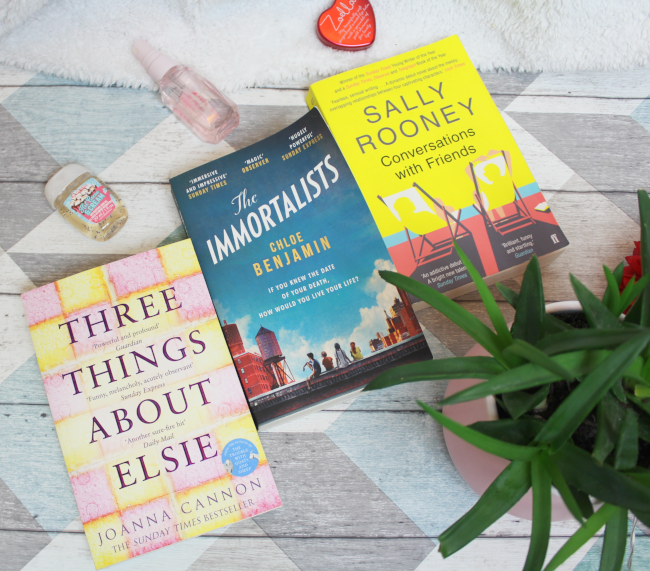 Conversations with Friends by Sally Rooney. I absolutely want to get my hands on Normal People as well because I've heard such fab things about both. CWF follows the interactions between two ex-lovers turned best friends and a married couple they get to know. It's a story about friendship and flirtation and boundaries.

The Immortalists by Chloe Benjamin. If you could find out exactly when you're going to die, would you? The four Gold teens do exactly that when a travelling psychic visits their town in 1969. What they find out shapes the course of their entire lives.

Three Things about Elsie by Joanna Cannon. Florence, our narrator is Elsie's best friend. They've been friends for just about forever. But now that 84-year-old Florence lives in an elderly resident home, things are a little tricky, especially as another one of the residents there looks just like a man she knows died 60 years ago. I'm hoping this will be a little like On The Other Side by Carrie Hope Fletcher. 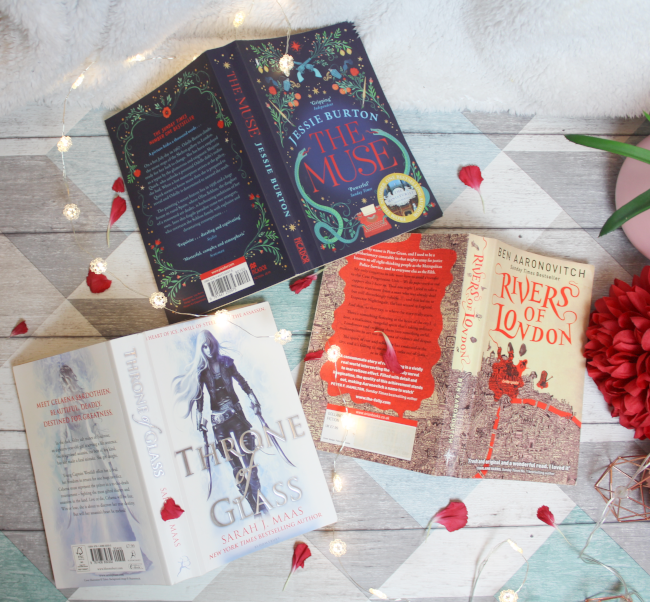 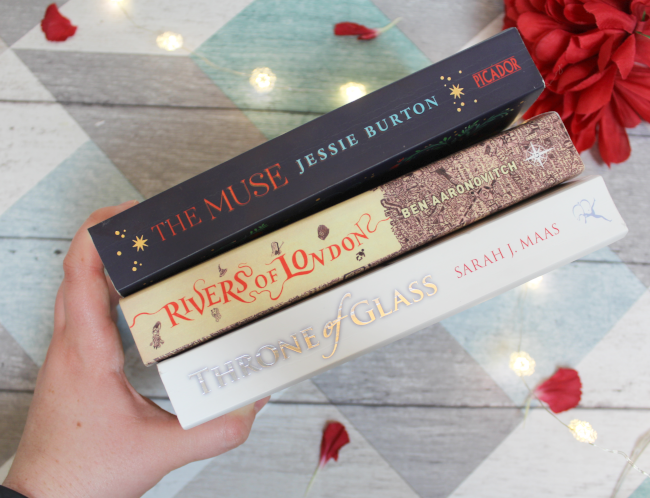 The Muse by Jessie Burton. The cover for this one is SO beautiful. It's been recommended all over my social feeds, and whilst I wasn't the biggest fan of The Miniaturist by the same author, this was more down to my mindset than the book itself. Odelle Bastien, the protagonist, finds a job as a typist at an art gallery. When a special piece of art if brought to the gallery, Odelle finds herself embroiled in a world of secrets she never could have anticipated.

Rivers of London by Ben Aaronovitch. This is a bit Harry Potter crossed with Luther, or so I imagine. It's the first in an urban fantasy series tracking the tales of Peter Grant, the first wizard in over seventy years to become a detective for the London Met police.

Throne of Glass by Sarah J Maas. This is another book that's permanently all over my feeds. If I'm honest, so are all of Maas' other books. This is a high fantasy novel that would have been something I'd have absolutely DEVOURED if I came across it in my teens. The main character is an eighteen year old female assassin and I am ready to see her KICK BUTT. 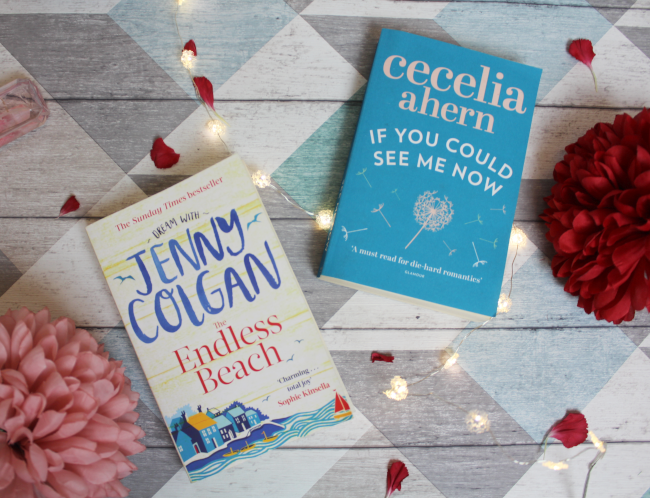 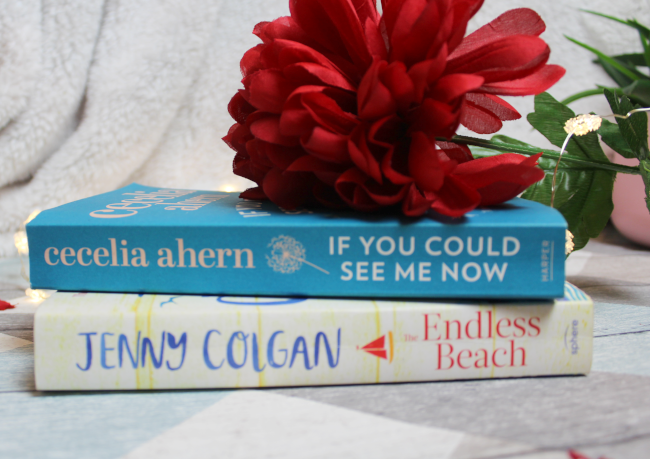 If You Could See Me Now by Cecelia Ahern. I've never tried a Cecelia Ahern novel before and I don't really know where to start (so let's hope this is a good one!). A lot of people whose opinions I really respect rave about the author so I'm ready to see what the hype's all about!

The Endless Beach by Jenny Colgan. I read my first Colgan novel at the start of the year when I had the flu and it was the perfect sick bed comfort read, so now I'm on the hunt to collect as many as possible. The main character moves back to the Scottish island she grew up on and is faced with a whole lot of difficult choices as her partner is away in New York.

Aaaand that's my big book haul done. I really hope you enjoyed it - please let me know if you've read and liked any of these!