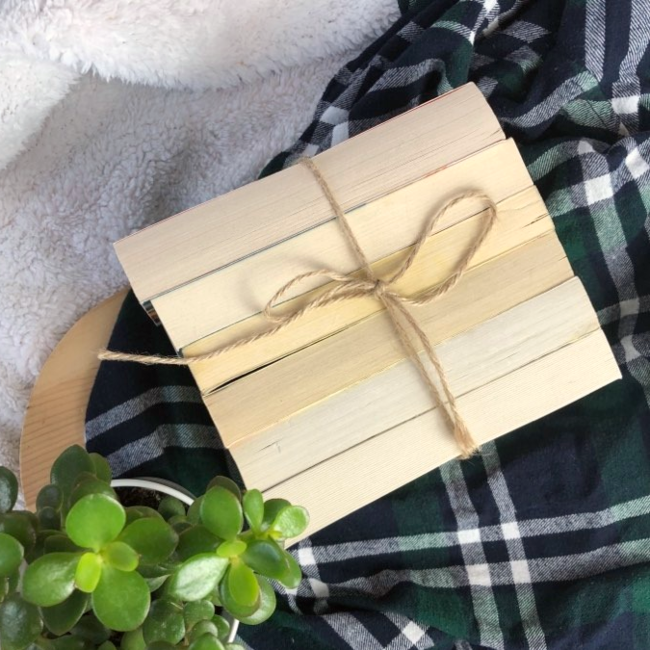 Between shops being closed because of lockdown and feeling a need to save money where I can because the future feels more uncertain than ever, I'm practically dreaming of a time where I can stroll back into a bookshop and pick up something I've been lusting after.

So, I thought I'd have a little bit of fun on here and imagine a twist on a supermarket sweep in Waterstones (or an indie bookshop). In this version I've spent hours scrutinising exactly what's on offer, and I'm ready and armed with my trolley to delicately stack as many beautiful books as I can in a solid ten minutes. Are you with me?

As I get older I seem to be dipping more and more into this but it's still not my major jam, so I've just got a few quick picks from here:

Everything I know About Love by Dolly Alderton (2019) is a memoir that I've only heard good things about. Memoirs are something I've read more of over the last few years and this one comes with high expectations for being great.

The Five: The Untold Stories of the Women Killed by Jack the Ripper by Hallie Rubenhold (2020) does what it says on the tin. I'm enjoying historical reads that teach me something at the moment.

100 Cakes and Bakes by Mary Berry (2011). I was always going to have a book by the baking Queen in here and I've felt so uninspired with bakes recently that I really need a good refresh.

My one real love! If you want books that are diverse and emotive and everything you wished there was on the shelves when you were a teen I honestly think YA is the place to go. A LOT of more adult books are always miscategorised on here (especially fantasy written by women *shrugs*). The covers are always beautiful and here's where I'm finding some of the things I want to read most:

One of Us is Next by Karen McManus (2020). I've LOVED both of her other books, and I've got high hopes for this one.

Rich People Problems by Kevin Kwan (2019) is the final instalment of his Crazy Rich Asians series, and so far they've all been great reads.

A Good Girl's Guide to Murder by Holly Jackson (2019) is meant to be a bit like One of Us is Lying which I really enjoyed, and crime YA fiction is something I'm definitely a fan of.

Noughts and Crosses by Malorie Blackman (2001). I never got around to reading this as a teen and really regret it.

Northern Lights by Philip Pullman (1995) is something I've read a few times but I have NO idea what I've done with my copies of the books in the series. I want to re-read it as an adult before starting the new additions to this world.

We were Liars by E. Lockhart (2014). Everyone raves about this but won't give away what it's about and I need. to. know.

Six of Crows by Leigh Bardugo (2016). I haven't read any YA fantasy in a long time and this seems to be one of the *must-reads* for the sub-genre.

Aristotle and Dante Discover the Secrets of the Universe by Benjamin Alire Saenz (2014) is a coming of age, love and friendship story that I've wanted to read for a long time.

Call me by your Name by Andre Aciman (2017) is another coming of age love story that everyone has raved about.

Fierce Fragile Hearts by Sara Barnard (2019) is the follow up to Beautiful Broken Things which I read a few years ago and adored.

After spending most of my ten minutes on YA, I've got to
whizz around here:

Little Women by Louisa May Alcott (1868/9). Oddly I've read Little Men but not this, and I want to give the book a go before I watch the recent film of it.

The Bell Jar by Sylvia Plath (1963). I can't believe I've still never read this, and it's right at the top of my 'want to read' list for classics.

Animal Farm by George Orwell (1945). I borrowed this from a library to read as a teen but as I get older the more relevant the allegory seems to be, and I really want to revisit it.

The toughest area to find anything in a bookshop in. The covers can be a bit dry, there's just SO much of it to scour through and it'd require the most research:

Hamnet by Maggie O'Farrell (2020) is all about the short life of Shakespeare's son Hamnet, and is on the shortlist for this year's Women's Prize for Fiction.

A Dance With Dragons Part 1: Dreams and Dust by George R. R. Martin (2012). Having just finished A Feast for Crows last month, I'm desperate to get my hands on this!

The Seven Husbands of Evelyn Hugo by Taylor Jenkins-Reid (2017). This has been on my mental 'to-read' list for the last three years! It's meant to be an incredible book that I can't wait to someday read.

Half a World Away by Mike Gayle (2020). Two strangers are reunited when they discover they're long lost siblings that were adopted separately.

The Cows by Dawn O'Porter (2018). I read So Lucky by the same author last year and The Cows is meant to be even better, so I need to give it a read.

Honestly IMAGINE the idea of this in real life, with some kind of paid-for-by-the-TV company budget?! The dream. This post has been such fun to write (and a complete excuse to obsess over all the books I might want to read). What would be on your sweep?